Trending
Most discussed stories from the last week.

– Have you composed new, unknown tracks already?
Yes but not for games, with the exception of an XIII trailer. I spent more time focusing on my new cd, and licensing tracks for Ultimate Fighting Championship on tv.

– Do you like your new job at Petroglyph Games?
I love it! As Audio Director, I have more responsibilites than just doing music, I’m also doing all the sound effects, decide how to implement audio, and voice recording. It’s a blast so far!

– Are there any differences between the old Westwood team and the new Petroglyph team? (positive and/or negative)
The difference is, it feels like the old days when things were new, exciting, focused, and it’s all positive! We’re having fun, and that translates to fun games!

– What do you think about EA Pacific, especially C&C Generals?
I had no involvement in it so I can’t really say. I am a bit of a Tiberian purist though…

– Will you change your music- style in future?
I do all styles, so theres nothing to change. Whatever the title needs I can do. The C&C style will be present on my own cds I will continue to release.

– What do you think about the situation of the present C&C Community?
It’s nice to see passionate people are still out there keeping it alive. I intend to keep the music alive by releasing my own cds like the Morphscape cd I released a while back. (I have a new one on the way… stay tuned!)

– What do you think about the Aceton Mod for Generals?
I havent played it (but I also haven’t really played Generals either)

– The expectations in Petroglyph are high. Do you think they are able to reach the old Westwood quality?
Without a doubt. It’s so awesome to keep working with the people I think are amazing talented geniouses. We have always been a great team at Westwood, and still are even more now.

– What inspires you to your music?
All kinds of things. Really though, it’s about what I’m feeling at the
time.

– Why didn’t you compose the Generals Soundtrack?
I just wasn’t asked to do it. I did a demo song for them and then I didn’t
hear anything until they announced they chose another composer.

– What is in your opinion the best track you ever made?
Too many to list! There are several tracks I’m just as proud of.

– Are there any tracks from other games you like too?
Yes. I liked the original Unreal Tournament music, and the music from
Headhunter just to name a couple.

– What kind of music do you listen to in your free time?
Everything! Mainly rock, metal, funk, and r&b.

– What are your hobbys?
Art has always been a hobby of mine. I do my own cd designs for example.

– Which one is your favourite C&C?
Probably the first C&C, and Tiberian Sun.

– Is it possible to play a game against you?
hehe – you might find me playing Unreal Tournament 2004 on-line once and a
while… 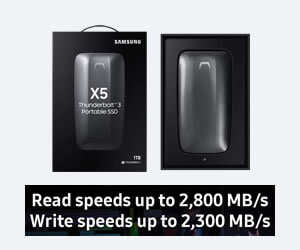